The Mountain and Me painting 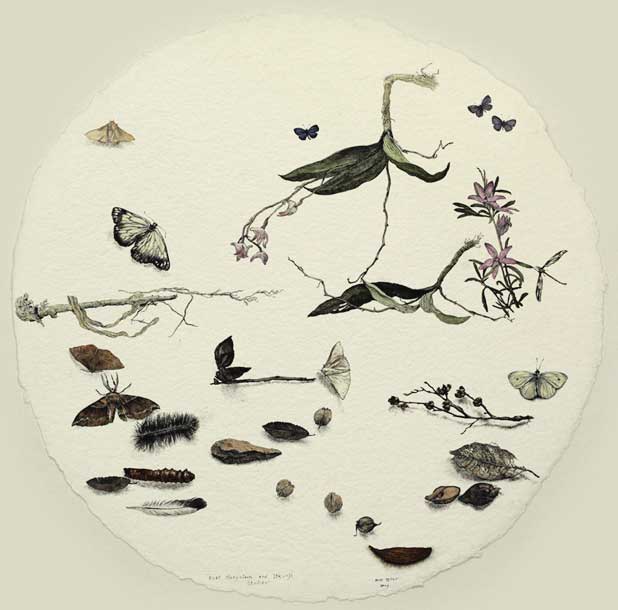 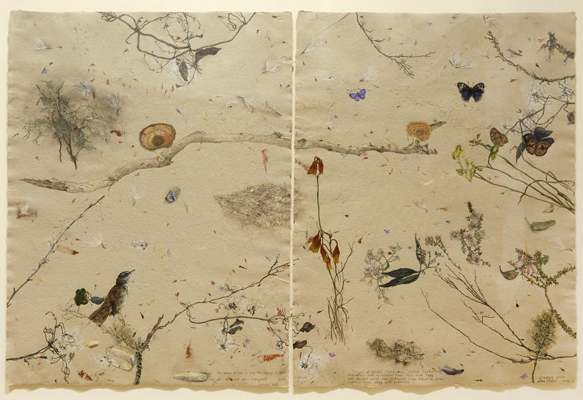 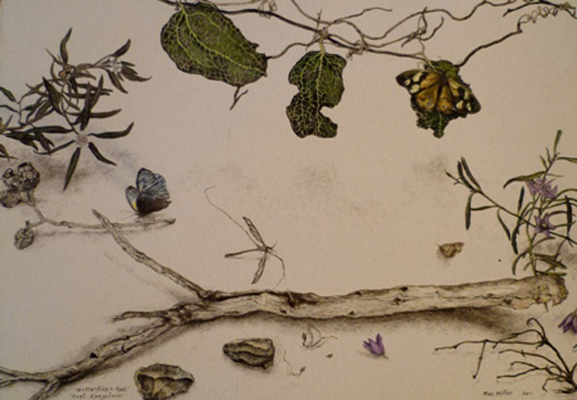 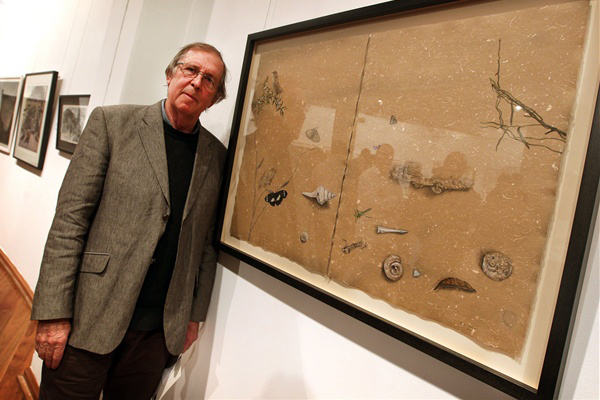 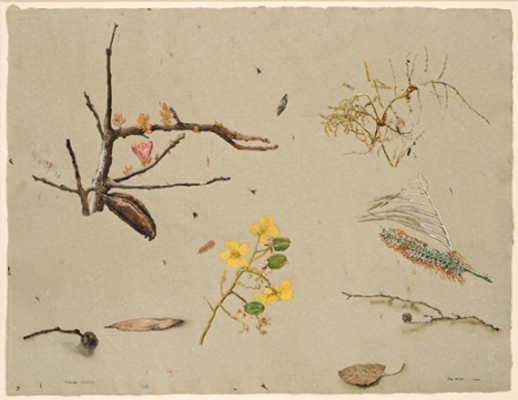 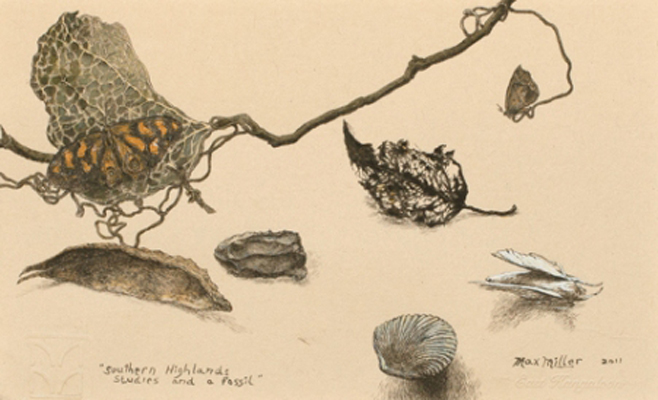 Southern Highland Studies and a Fossil 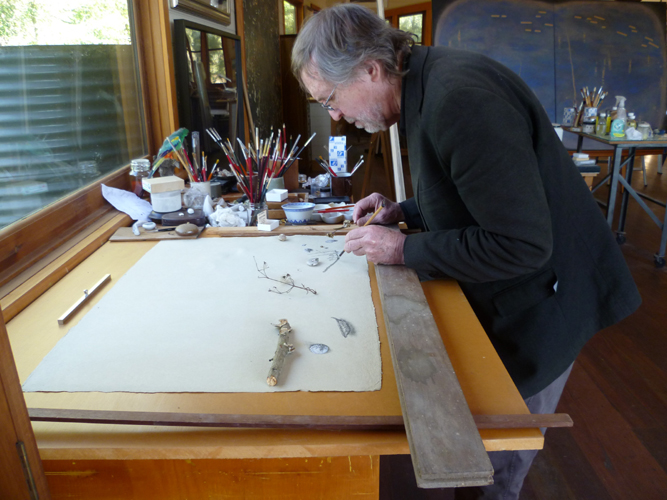 Max working in his studio 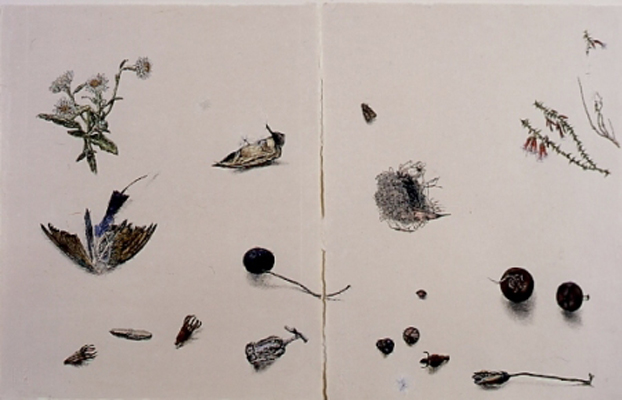 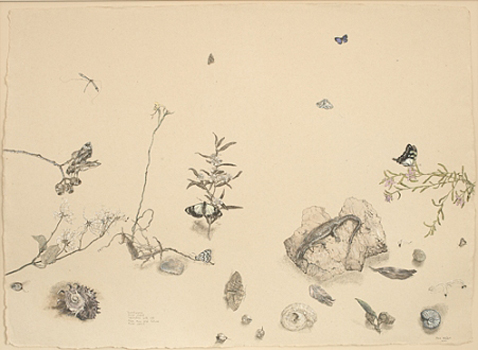 Max Millerin in his studio 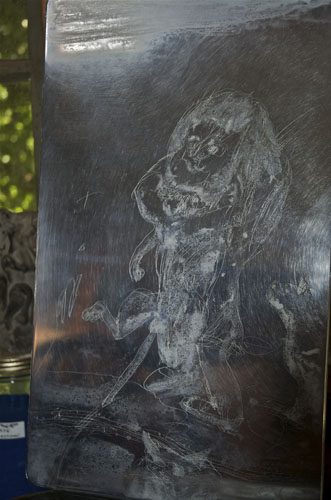 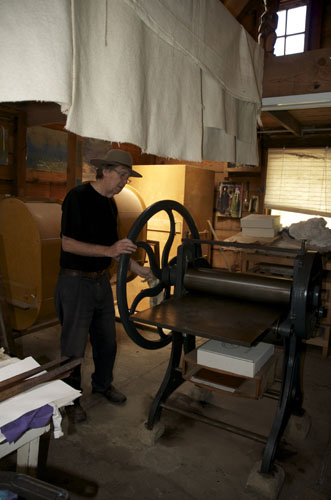 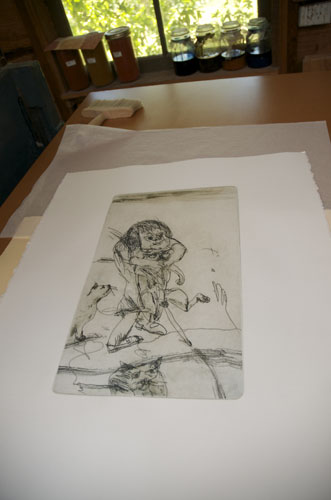 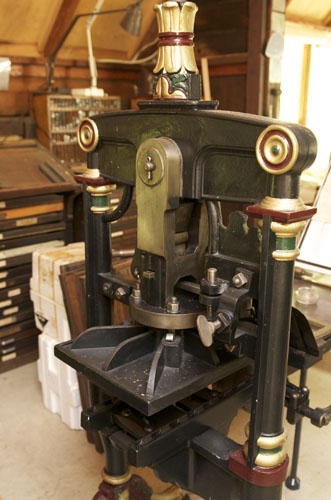 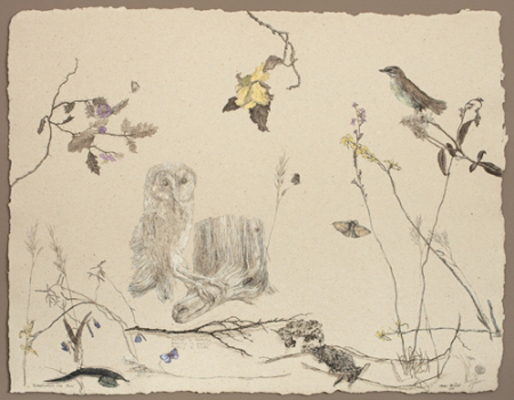 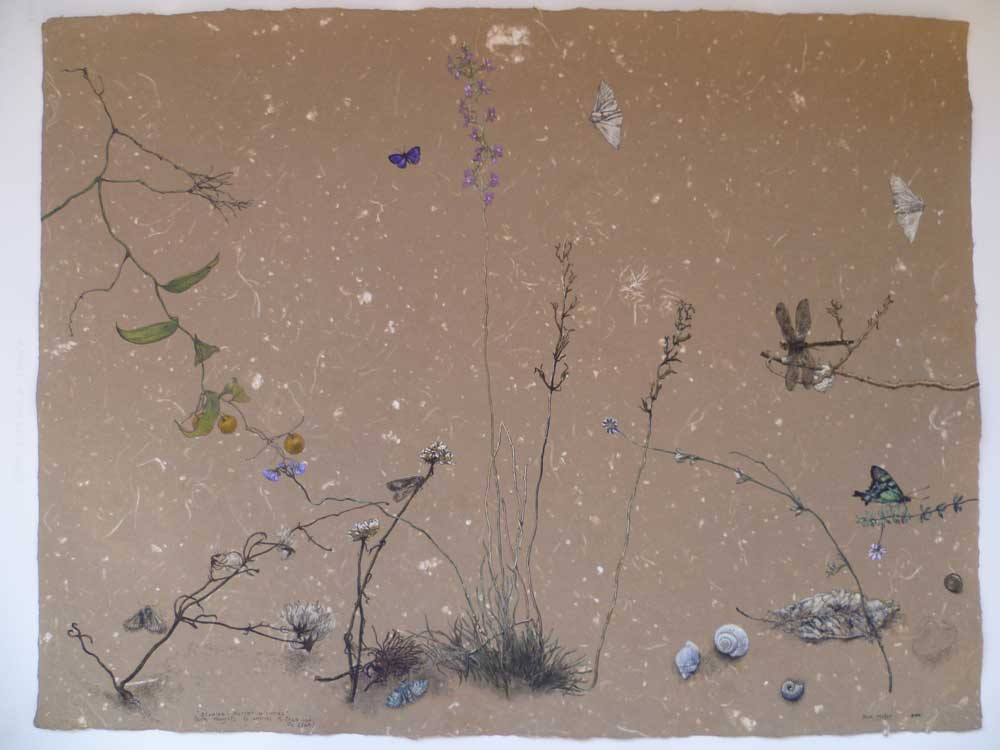 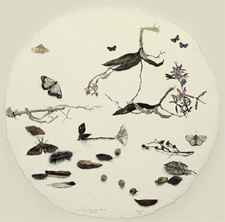 Max Miller’s Fine art brush waterlour painting Titled ‘The world of dew is only the world of dew and yet…oh…and yet…’ Kobayashi Issa (1763-1828)
Medium – brush watercolour painting and black Chinese ink
Dimensions 66 x 140 cm
I was searching around Fogg Dam, near Darwin, and recorded unusual plants to put into a study. This same natural beauty surprises us here in the Southern Highlands. Many of the subjects are from Kangaloon and surrounds: winter lichen, seeds, native plants, Aboriginal stones, local birdlife, moths and butterflies. The painting took six months to complete but I enjoy the spirit and detail of these old rainforest areas as a place to work in, with all the abstract forms they possess.

About Max Miller the Artist –

Max lived in the Yeoval, Obley and Dubbo area until 1958 then in

1975 Began working in conjunction with David Rankin on Print Edition-ing.

1976 Moved to East Kangaloon and set up his own print studio to work on his own work and limited edition fine art etchings.

1980 Max was Commissioned by Panasonic Australia for two editions of etchings.

1981 Travelled with Clifton Pugh to Tibooburra and Coongi Lakes in the desert areas of South Australia, South West Queensland and N.S.W.  This made a great impression on the artist and since then he has made extensive field trips into the inland every year.

1983 Commissioned with Clifton Pugh by the Wilderness Society of Australia to visit and complete a series of works on the wilderness areas of the Franklin and Gordon Rivers.

1983 was selected by the World Print Council to exhibit with 100 printmakers worldwide in a travelling exhibition to regional galleries in the U.S.A

2004 Travelled to Yikkala and Elcho Island, Arnhem Land, with group of Artists to work on a two way exhibition for black and white Artist’s at Framed the Darwin Gallery.

1982 “Green as a Rainforest” exhibition with Clifton Pugh Exhibition on the Franklin and Gordon Rivers, organised by the Wilderness Society

1988 Invited to exhibit with the Watercolour Society, Sydney.

1996 Selection of Watercolours and Etchings, in gallery exhibition of Australian Art Corbally-Staunton Gallery, London One of 5 artists selected to exhibit in exhibition ‘East of the Sun’ at the Brett Whiteley Studio.

“Australian Watercolours from Gallery Collection 1882 – 1980s at the Art Gallery of N.S.W. and then travelling to Regional Galleries.

2004 Art Gallery of N.S.W. – Contemporary Australian Prints from the Collection

2006 National Trust, 45 years of the Sydney Printmakers Exhibition at the S.H.Ervin Gallery,  Sydney

1975    The Seventies – Australian Paintings and Tapestries, National Bank of

The beautiful natural elements embalmed in spirituality of the country are all reflected passionately in Max Millers watercolours etchings and prints.

Max Miller in 2015 launches hand signed Giclee digital prints, reproduced faithfully from the original art works, with the original Max Miller paintings mostly in a private collection these limited edition prints are a way of allowing the public to enjoy Max Millers art works at an affordable budget.