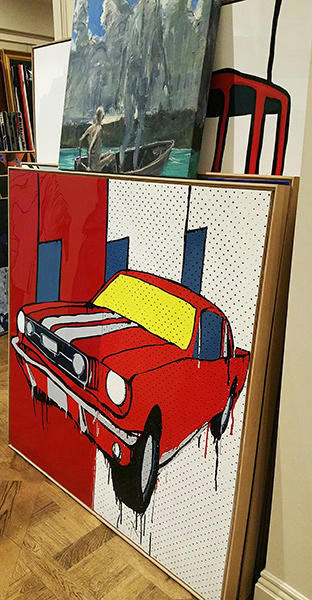 Enamel on Board II

* See range of sizes below 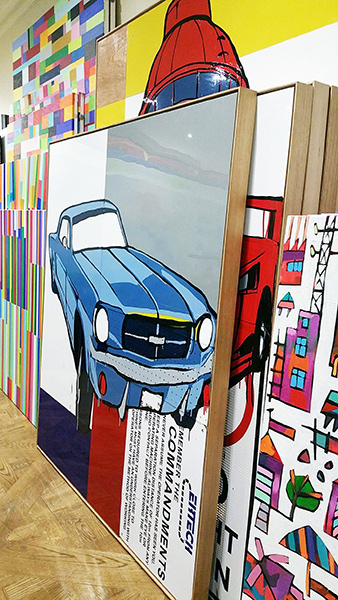 * See range of sizes below 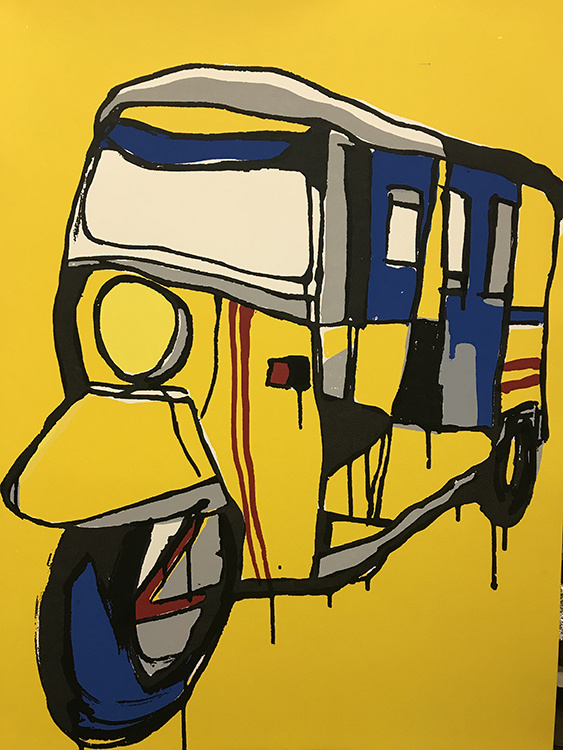 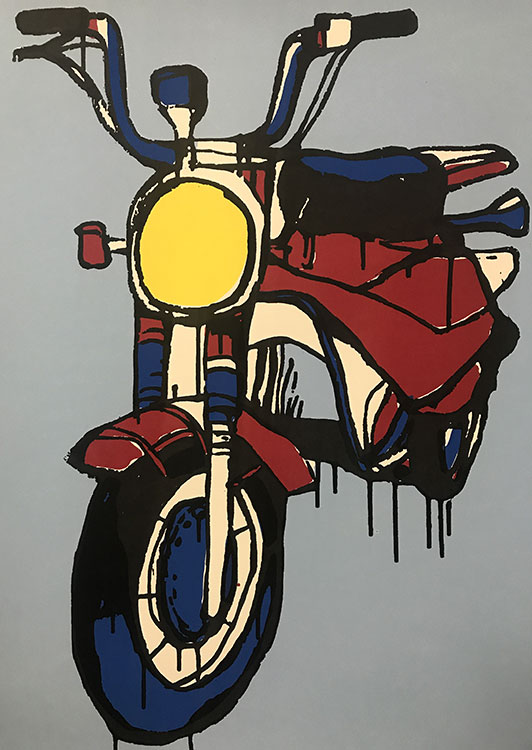 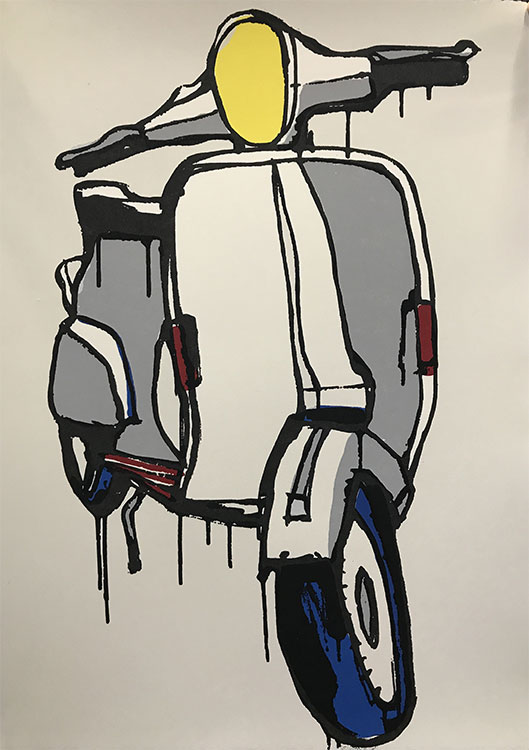 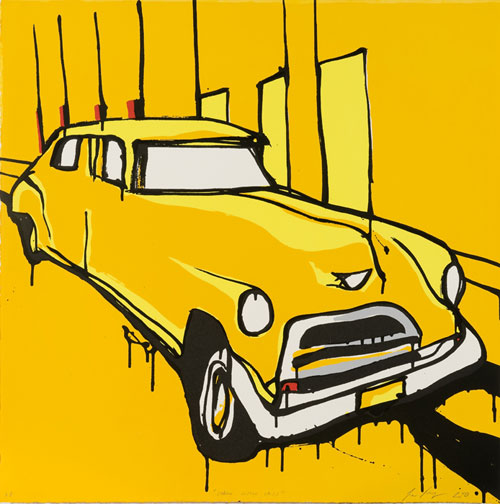 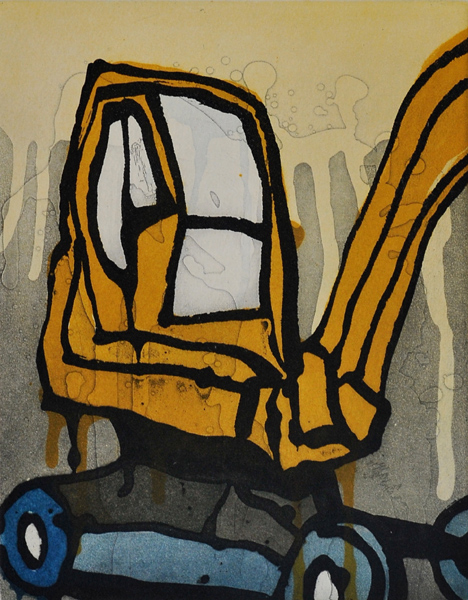 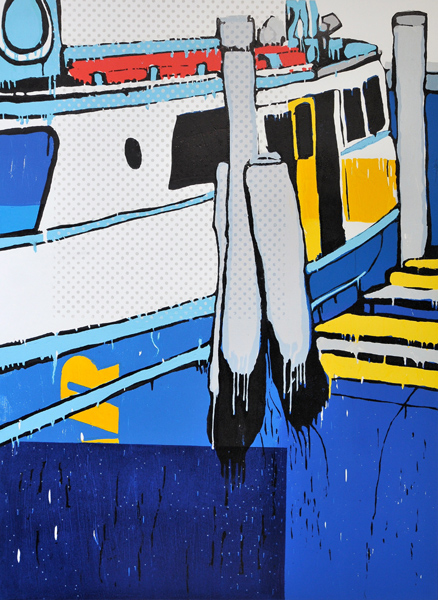 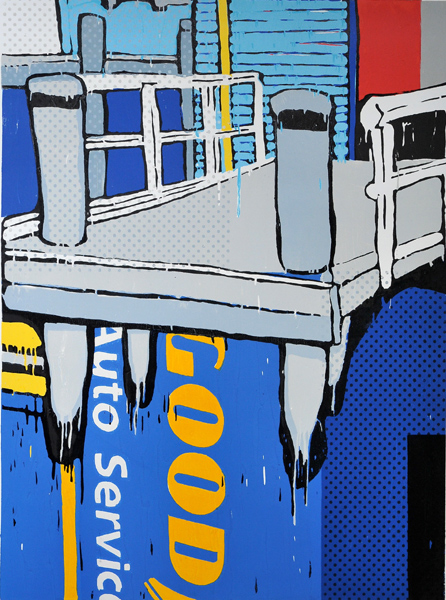 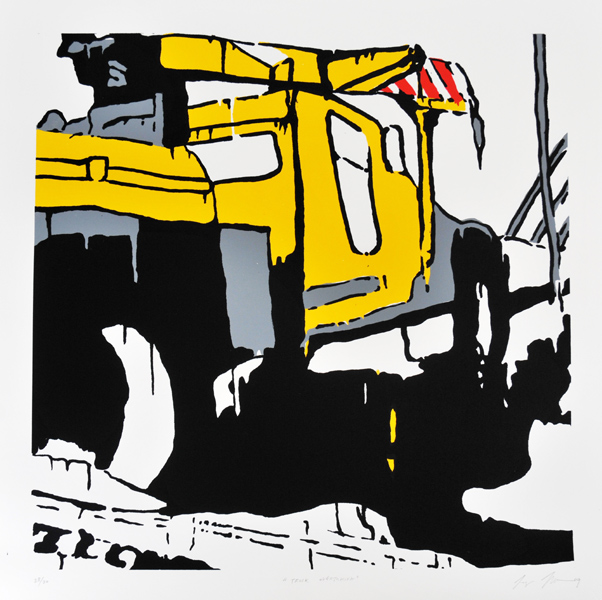 Silkscreen, Almost Sold Out 2 left only 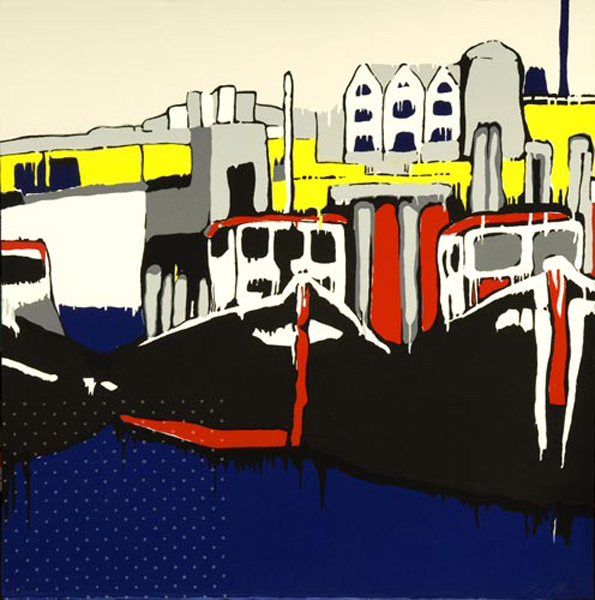 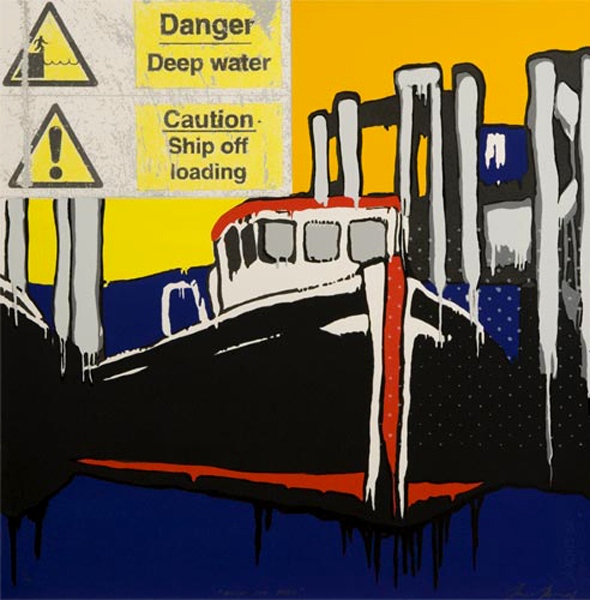 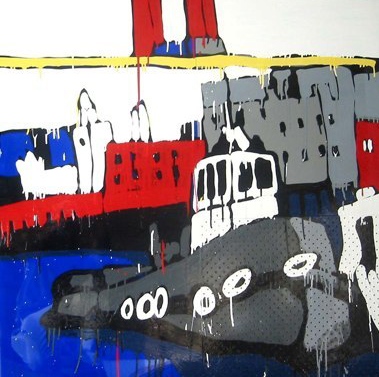 Ala On The Thames 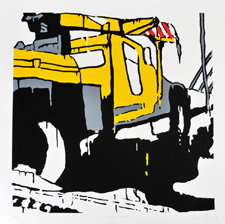 Australian Jasper Knight has developed a strong following over the past few years as a very respected young artist with a great future in the Australian world of art, his original paintings, etchings, limited edition fine art etching prints, collagraph and silkscreen works have all been well sort after and sold out quickly, Etching House has a collection of Jasper Knights fine art etchings and prints in stock.

Jasper Knight was born in Sydney in 1978.

In 2002-2003 Jasper Knight completed a Master of Arts at the College of Fine Arts, UNSW Sydney.

Jasper Knight was awarded an Australia Council New Work grant in 2006 from the Freedman Foundation Scholarship and The Rocks Art Prize.

Jasper Knight has also been a finalist in the Blake Prize, the ABN-Amro Prize, the Mosman Art Prize, the Helen Lempriere Prize and the Brett Whiteley Prize and has shown in and organized exhibitions in numerous venues, including every major artist-run space in Sydney.

Jasper Knight started the Half Dozen Artist-run Initiatives and it has since shown over 150 artists in four countries.

Jasper Knight in 2007 opened Chalk Horse Gallery with the generous support of the Australia Council and the City of Sydney. Jasper had shows in 2007 in Berlin, London (Tidemark, COSA), Melbourne (Metro 5), Perth (Greenhill Gallery) and Sydney.

Jasper Knight when in London in 2007 took it upon himself to venture down the River Thames by hiring a Tug Boat, upon this inspirational journey it was clear by days end that this area was a historical working harbour, the source of inspiration inspired him to capture the images by making them as fine art silkscreen works to which he was very pleased with, he felt the interpretation shows contrast strength yet a gentleness of unassuming power, the London sky really makes colour a strong contrasting feature yet shows the softness at the same time. Jasper usually uses a mixed media for his paintings; enamel, Masonite, Perspex, old signs, building materials, anything with an industrial feel. It was an exciting challenge for Jasper to use the different medium of silkscreen for these new works and he was delighted with the result. So are we at Etching House.

“Cuban Missile Crisis” Mono Type original one off by Jasper Knight at Etching House, these fine art works are hand coloured from hand made silkscreen on rag 370gsm paper.

the Mono Type edition of 1 each of #1, 2, 3, 4, are all Hand coloured and hand finished, retail price for these one of works is $3500, please note there is only one of each and is very much  dependent on availability so be quick.

Scooter by jasper Knight was released in 2009.

Jasper Knight releases 3 hand signed limited edition fine art silkscreen prints titled Grey Ghost, Red Stripe, 110, all fine art Jasper Knight prints are available at Etching House, all prints are made on Stonehenge fine art archival rag paper, the sheet size for Grey Ghost, 110, Red Stripe is 75x56cm.
The image artwork covers the full rag paper sheet edge to edge, some paper edges are torn for optional effect such as float framing.
Jasper Knight has limited the edition to a low 30 only of each and all silkscreen fine art prints are hand signed “Jasper Knight” with the edition number.
Lay Buy Jasper Knight Red Line, 110, Grey Ghost silk screen prints at Etching House.
Jasper Knight Silk Screen print titled Red Stripe is made on Stonehenge paper size 76 x 56cm, edition 30 only.
What is Stonehenge rag paper, it is machine made sheet that has a slight, even texture that compliments many artistic pursuits. It combines a 250gsm beefy weight, 2 deckle edges, strong surface, excellent acceptance of ink and wet media and pleasant feel. Internally sized, made of 100% cotton. 22 × 30″ Sheets 250 Gr/M2 weight.
It is a favourite not only with printmakers but with artists that specialize in drawing and painting techniques in a variety of media including graphite, artist crayons, pastels, watercolour and coloured pencils, inks, and light gouache.

What is a Silk screen print –
The printing process is very labour intensive; from the creation of designs, to transfer to the screen, mixing of colours, and printing of an edition. Typically a silkscreen printer allows 10% more of what he wants for an edition size to account for images rejected due to errors in printing. In my printing, large prints can take 3-4 months to complete while a small print can be finished in as little as one month.

A silkscreen printer usually makes a limited edition of his designs. An edition of a fine art print includes all images published at the same time. Editions of silkscreens range from 1 to 500 prints. Edition size can be determined by the printing process itself, as when a stencil wears out, but usually the edition is limited by the artist. Since the stencils are destroyed after printing, each edition is unique.

Prints are signed and numbered in the bottom margin of the print with what looks like a fraction. The upper number represents the impression within the series and the lower number indicates the edition size. A print marked 2/25 is the second of twenty-five images. The number indicates the order in which prints were signed, not necessarily the order in which the impressions were pulled. This, plus the fact that later impressions are sometimes superior to earlier pulls, means that lower numbers do not generally indicate better quality impressions.

Silkscreen Printing can be traced as far back as 9000 BC, when stencils were used to decorate Egyptian tombs and Greek mosaics. From 221-618 AD stencils were used in China for production of images of Buddha. Japanese artists turned screen printing into a complex art by developing an intricate process wherein a piece of silk was stretched across a frame to serve as the carrier of hand cut stencils.

In the United States, screen printing took on the status of art in the 1930s when a group of artists working with the Federal Art Project experimented with the technique and subsequently formed the National Serigraphic Society. American artists began making “fine art” screen- prints and devised the term “Serigraph” to distinguish fine art from commercial screen printing. During the 1960s, Serigraphy was popular with POP artists, who were attracted to its bold areas of flat colour.