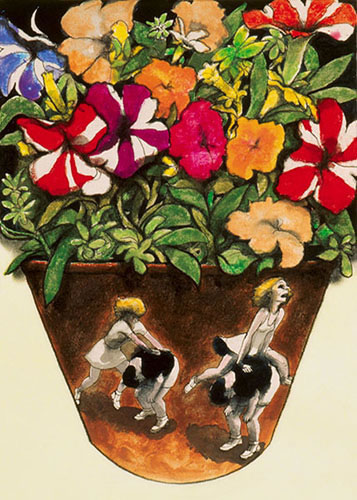 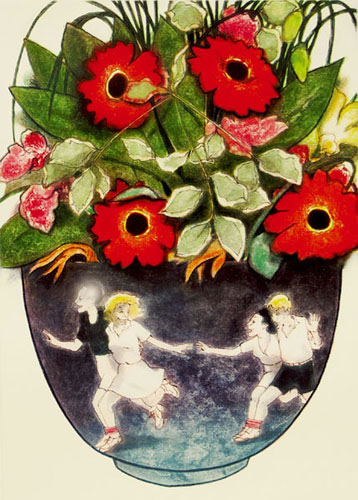 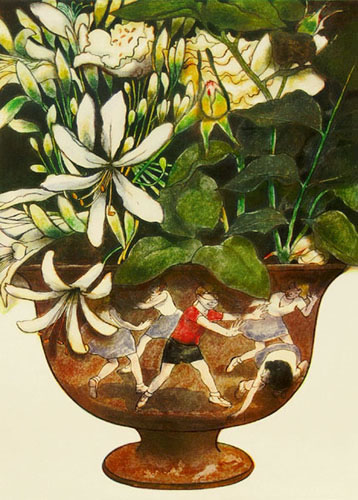 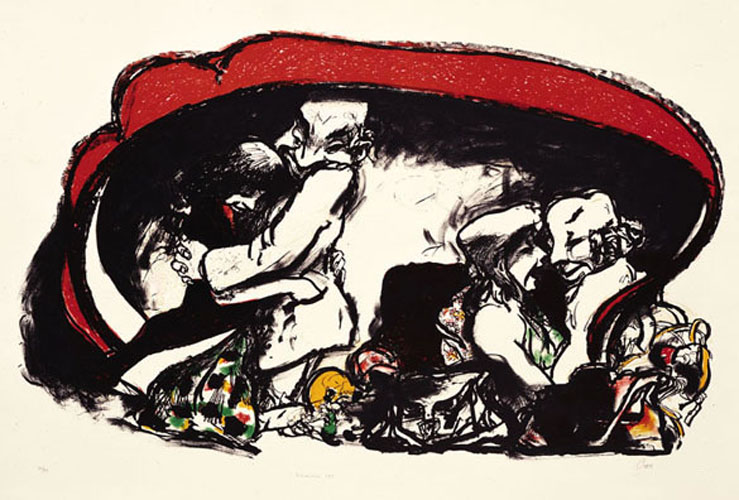 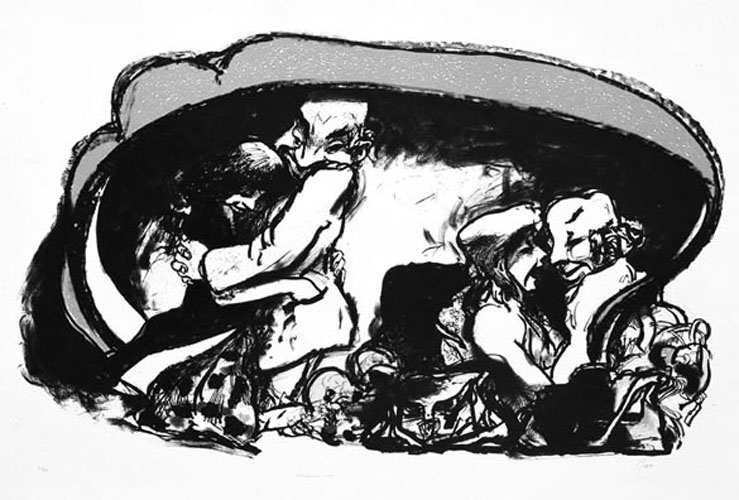 Lithograph is Black and White 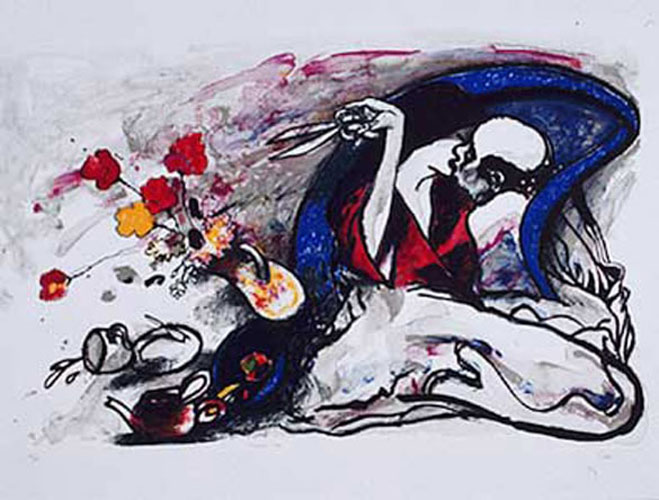 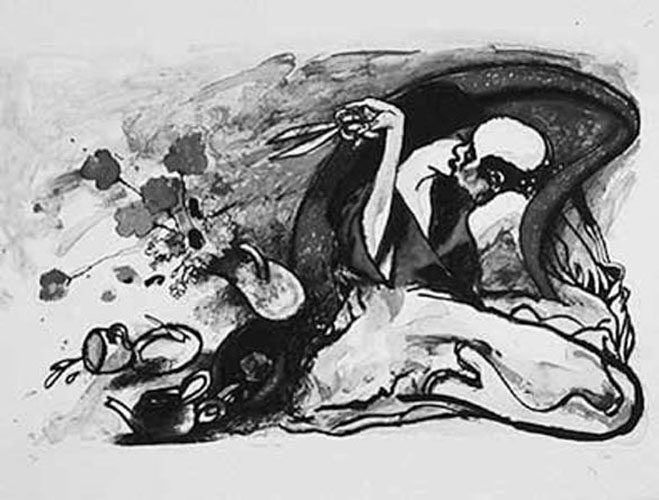 Fred Cress was born in India, studied in Birmingham and arrived in Australia in 1962. He began as a figurative artist then switched to abstract work in the late 1960s, only returning to figurative work in 1988 when he won the Archibald Prize with a portrait of the artist John Beard. Cress also won the People’s Choice award that year, being the only artist to do so until 2003.

Art historian, Bernard Smith once described Cress as the “most stimulating and in many ways the most professionally competent.” He commented that Cress worked in “the lingua franca of mixed forms and images which has arisen all over the world in recent years from the conflation of figurative modes (expressionist, neo-dada and pop) with abstract expresssionism, hard edge and optical painting”.

The works of Cress represent the human condition in its tragicomic frailty, awash in ungovernable tides of hope, dependence, envy, lust and greed. Like his contemporaries in social criticism — Sue Coe and William Kentridge among them — Cress explores personal directions in a genre shaped by Hogarth and Cruikshank, honing the edge of his work with the moral implications that inform it. In the process, he brokers a marriage between abstract, painterly concerns and the development of a vocabulary of caricatures and situations.

In 2003, Cress was awarded an AM for services to Visual Arts in Australia.