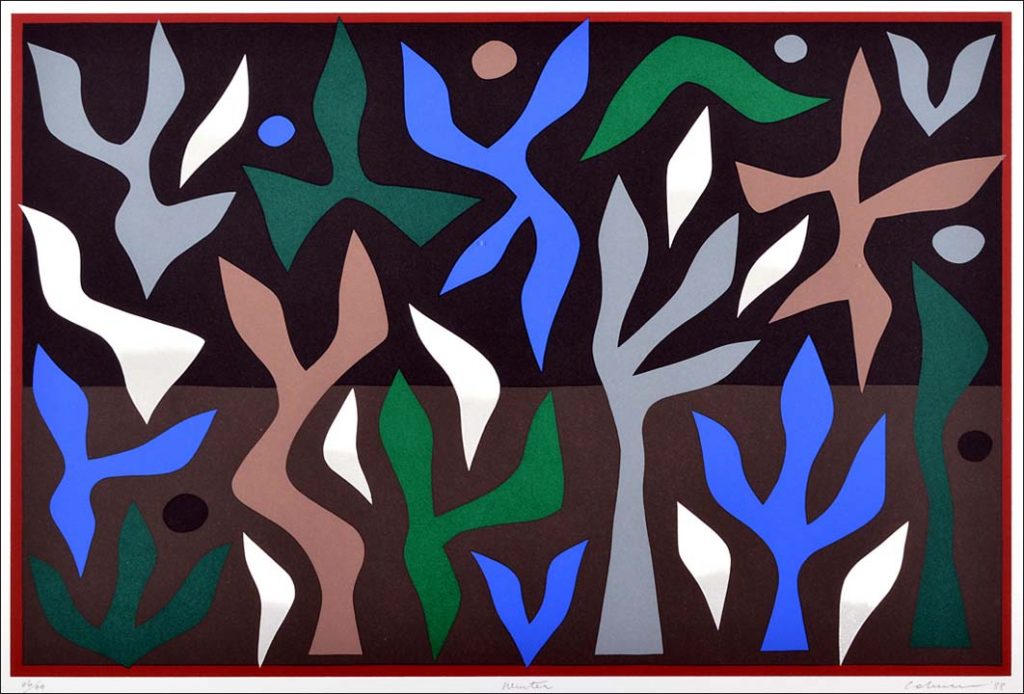 The Seasons from 1988, John Coburn released a folio set of 9 archival silk screen fine art prints, all Coburn silk screen prints are numbered and titled by John Coburn, titles for this art wok series are, Summer, Autumn, Winter, Spring, Paradise Garden, Tree of Life 1988, Death and Transfiguration 1988, Resurrection, and Hozanna.The edition titled Summer was limited to 99 sets only, each set containing 9 different fine art silkscreen prints all came in a Solander box. It was felt in many circles The Silkscreens from the Summer series were amongst the best that John Coburn ever made. Sheet Image sizes are 55.0 x 75.0 cm each (sheet) each signed, dated, titled and numbered below image each where signed Coburn. The Seasons’ (each with titles as above), 1987, nine wool tapestries, eight 183.0 x 274.0 cm each, one 274.0 x 244.0 cm; nine maquettes for ‘The Seasons’ tapestries, 1986, synthetic polymer paint and gouache on paper; and nine cartoons for ‘The Seasons’ tapestries, 1986, pencil drawings; all in the collection of the Art Gallery of New South Wales, Sydney, gift of the Christensen Fund 1995