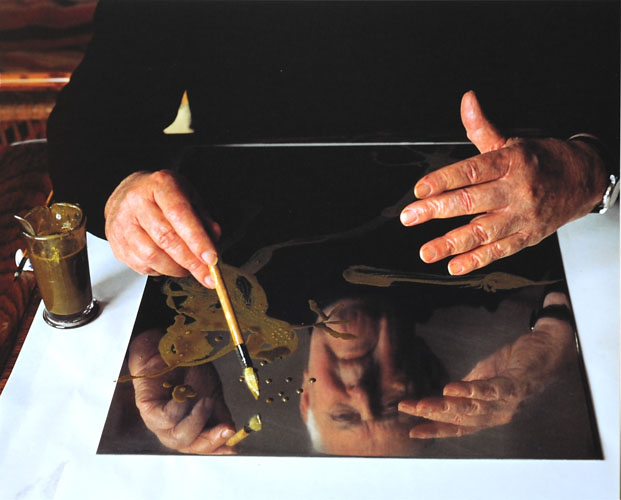 This is a photograph of John Olsen working on a plate, john is experimenting with a sugar lift solution in preparation for his new fine art work.

At the exhibition John Olsen was taken with a particular original Garry Shead piece titled “Mount Pleasant Summer, 2009”, It was purchased by John Olsen personally and then kindly donated to the Orange Regional Gallery as a gift for the love of great art and the Australian Public to see for ever.

The Gallery Director Mr Alan Sisly and the community were very taken as to the kind generosity of John Olsen.

The opening night was a great success and the exhibition was brilliant, there where some very nice people in attendance, John Olsen in particular, of course Garry Shead and many other surprisingly well known people sneaking out of the city for a great Garry Shead exhibition in Orange a beautiful town and full of history, most of all it was very well supported by the local community which was the most rewarding and important thing, a good time was had by all.