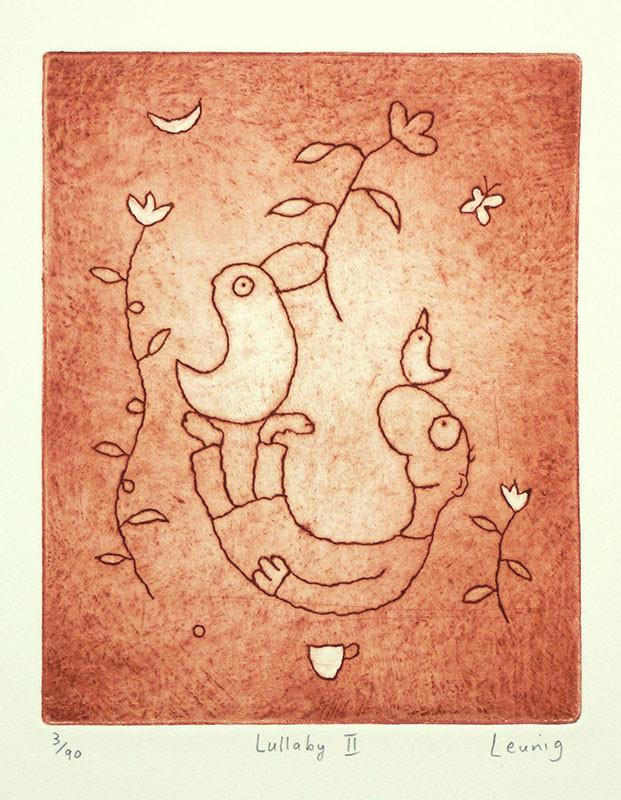 Lullaby II edition is limited to 90 only.

Limited edition fine art handmade engraving or etching prints by Michael Leunig should not to be confused with giclee inkjet reproduction prints, please see below some explanations as to what is an engraving and etching.