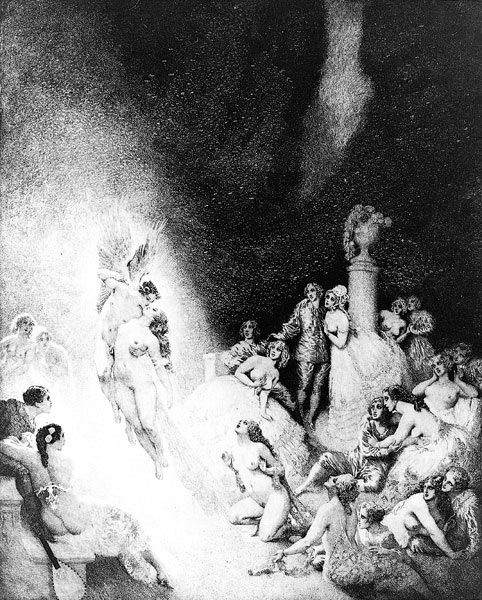 About …….Death in the Garden, Ever since Norman’s extreme grief at the death of his brother Reg in 1917 in World War I, Norman had been determined to counter his fear of death by adopting an attitude of rejection and determined optimism. Death in the Garden is one of his most beautiful etchings. Several of the female figures were etched from sketches of Rose and the central model also appears in Unknown Seas and Life in the Temple. The urn is in the garden at Springwood. Norman had done a pen and ink drawing of Death in the Garden (presumed burnt in America), prior to the etching.

I shall take your suggestion as a title of the pen and ink The Comedy Ends. That other one Death in the Garden I am putting down on copper.