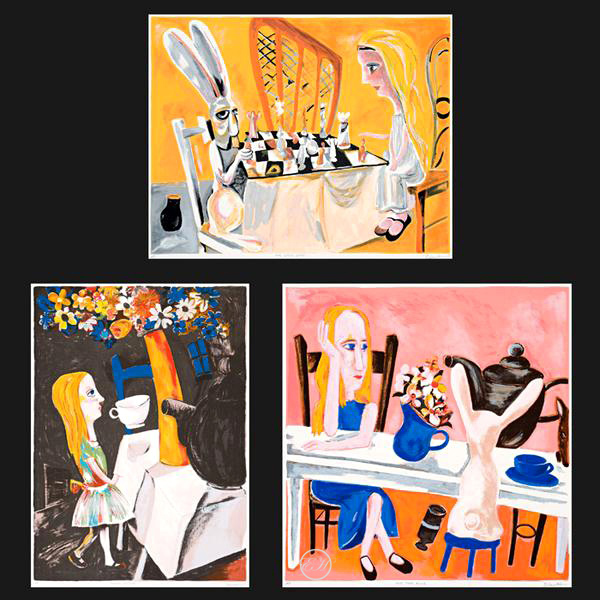 This is the very collectable “Alice Suite by Charles Blackman” there are SIX separate limited edition silkscreen images in the folio, the edition was limited to 75 only, tiled works are –

Titles and sizes are as follows –

This set is very hard to find as a complete folio this one is all A/P.

Charles married Barbara Blackman, during this time he mostly worked in Australia (VIC), QLD, and NSW.

When Charles moved to Melbourne in 1950 he shortly after decided to study lithography at Royal Melbourne Institute of Technology in 1953 and produced about 12 lithographs. These are monotypes from c.1957. Since 1967 he has produced series of screen prints, etchings and lithographs, all of which have been commercially released Limited Editions.

Here is a more condensed version of Charles Blackmans Biography and history,

Lived and painted in London, exhibited at Whitechapel and Tate Galleries

1965 Tour of northern France and Flanders

National Gallery of Australia, and all state galleries