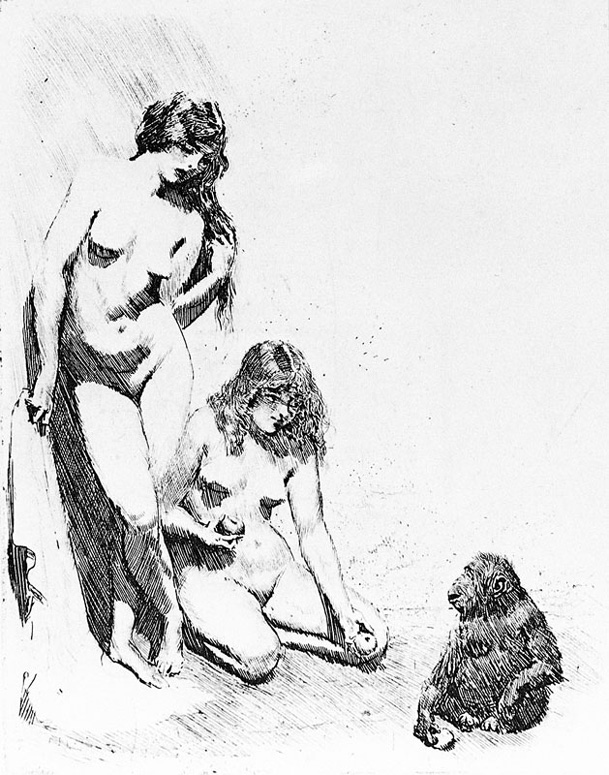 Norman lindsay original etching was Etched c.1918 this original etching when Norman first started seriously producing etchings. As an unpublished etching (never having been released in a stand-alone edition), the edition, if any, is unknown. It is an exceptionally rare etching and there is a proof in the Norman Lindsay Gallery and Museum.
Unpublished etchings were often printed by Rose as gifts for friends and as this work is quite finished, originals of (Temptation) could easily have been given to friends.
There are only four etchings which depict monkeys with one or two nudes and these are Journalism and Art, Julia’s Monkey and Jealousy which also includes a dog sitting up imploring his mistress for a treat.