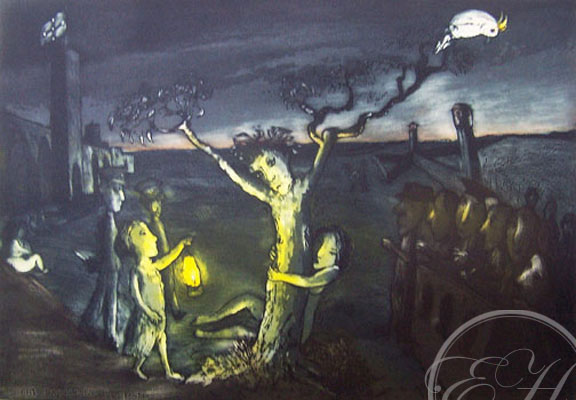 Death and life of Ern Malley story commences circa 1940, Max Harris and John Reed launched a modernist magazine Angry Penguinswhich was the journal for the modernist movement. Poets, James McAuely and Harold Stewart, who apposed the movement where called up for armed service in Melbourne at the time and plotted a literary prank against the Angry Penguins group. They created a collection of internationally nonsensical poems from random pieces of obscure literature and invented a fictional author by the name of Ern Malley. the poems, titled The Darkening Ecliptic, where sent to the Angry Penguins accompanied by a letter from a second fictional character created by the two, by the name of Ethel (Erns sister). Ethel wrote that she had found the poems at her late brother’s house. The poems where subsequently published in Angry Penguins with great enthusiasm by Harris and Reed who claimed them to be the work of a genius. The truth of the origins of the poems was quickly discovered by McAuley and Stewart and where delighted as the story made front page news. Garry Shead’s interest in this famous story of Australian art history began in the early 1960’s and was further explored in the early 2000s in a series of Garry Shead drawings, painting’s, etchings, works on paper and ceramic works of Australian art,

Etching House is considered to be the largest retailer of Garry Shead Australian Limited Edition Etchings and works on paper in Australia; we also have one of, if not the largest Garry Shead collection works on hand, both new and pre-owned art.