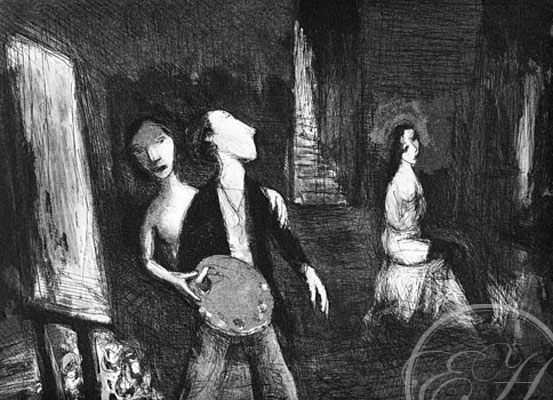 Garry Shead limited edition fine art etching titled Distracted Artist – This etching was part of a series of four etchings released in an edition of 75, there was Studio, Distracted Artist, Goya and Rembrandt, image size is 22x30cm, they are now hard to find and have been sold out for a long time.

Garry Shead has many other works on paper, all available from Etching House.

oil and enamel on board with collaged postcard and

oil on canvas with chrome strip and underwear,

synthetic polymer paint and collage on board,

-Garry Shead canvas painting Hey did you see that!, 1967,

Collection of the artist